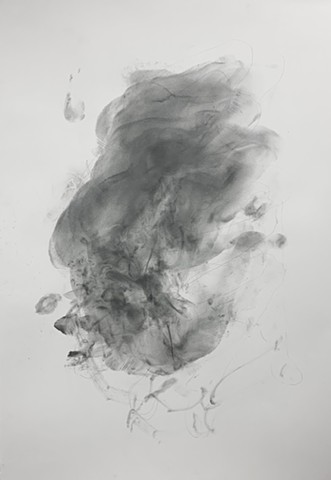 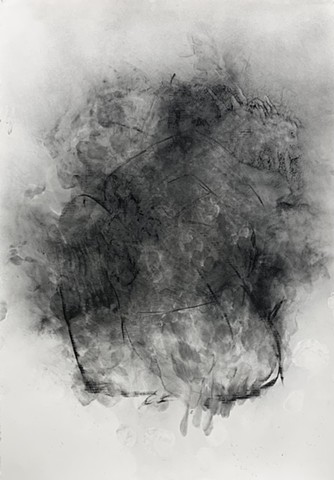 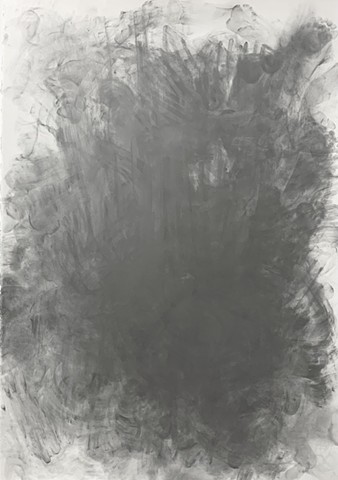 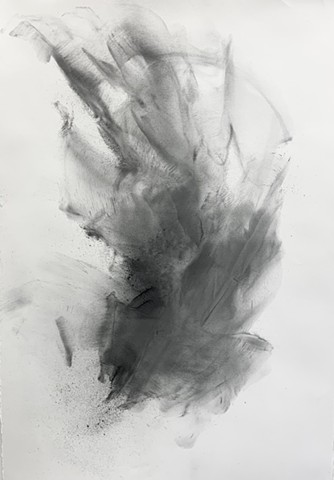 These works are attempts at describing the living body through mark. The living body being an interconnected, changing, continuous whole made up of many psychic states, the body activity, and the time within which all of these resides. Thus, absolving the works orientation toward outcome and grounding it in the processual activity of making.

I am interested in works that represent the movement of the body rather than the subject of the body. I use my body to make marks intuitively, moving on and around the surface of the work. The techniques and materials used often introduce chance, emphasising the process of making as a strategy of investigation and discovery, further supporting the sense of change and movement that is characteristic of the living body. While looking at women artists such as Janine Antoni in terms of her Loving Care performance, and Trisha Browne’s drawings inspired by the music of John Cage; I am interested in the use of the body as tool and the authorship associated with that process. There are many artists in this area and the vastness of themes and ideas they communicate using the body further emphasises the significance of the role of the body when perceiving and experiencing.